In this article we’ll go over a variety of Mage builds, including my own personal favorite. Find out what specialization skills to choose and what weapons to pair it with.

Although New World doesn’t really feature a “class system”’ to be exact, everyone still refers to their characters as a “tank” or a “mage”, depending on the skills and loadout they choose to wield. In this build guide, I’ll be going over Mage builds in PvE, PvP and the Battle Mage.
Who doesn’t like to be a Mage right? For me personally its always Mage or Assassin.

Should you be like me, and you wish to dabble in some PvP, you will need to change your skillset up completely. For PvP, my highly recommended loadout, and also my personal favorite, is the Fire Staff paired up with the Ice Gauntlet. The 2 specialization trees you will use are the Pyromancer and Fire Mage. The main three skills you actually want here are:
1) Burnout
2) Incinerate
3) Fire Ball
The rest are just added bonuses. Keep in mind that the ultimate in Pyromancer increases your mana regeneration by 400% after not using your Fire Staff skill for 6 seconds. Use this when you want a quick escape or want to knock enemies back. Medium armor is recommended as well.
For this loadout to really be effective you want to invest all your skills in the Intelligence field. Your specialization tree of Pyromancer (left) and Fire Mage (right) should look like this:

The Fire Mage specialization can deal with a ton of mobs at once thanks to its very powerful AoE spell, Meteor Shower. Fireball can deal extremely high DPS to one target and the ultimate here for Fire Mage, is Runes of Helios. Runes of Helios will cast a 2m rune on the floor which, when standing inside it, will boost your damage by a whopping 30%! It’s up to you if you want that added damage or if you want the 400% mana regeneration for an easy, and safe getaway
This build could also be used in PvE with some slight adjustments to the specialization tree. The Fire Staff does insane damage regardless of where or how you use it. Possible nerf incoming?
However, if you have read my other article, you would know that running a Fire Staff build is extremely Mana hungry. This is why it is imperative you pair it with the Ice Gauntlet.

When using the Ice Gauntlet in PvP, you want to focus on the Builder specialization, as the Entomb skill provides mana regeneration while Entombed. It is also a very good way to block incoming damage as it makes you immune while you are encased in ice. One other skill you want is Ice Pylon. It is a “pet” that automatically fires ice missiles that slow opponents. Think of the little pets that follow you around in Diablo. The Ultimate in the Builder specialization increases your “pet” pylons health. I highly recommend Ice Storm here as it applies the status “frostbite” and prevents enemy players from dodging.
Your Builder specialization (left) and Ice Tempest (right) will look something similar to this: 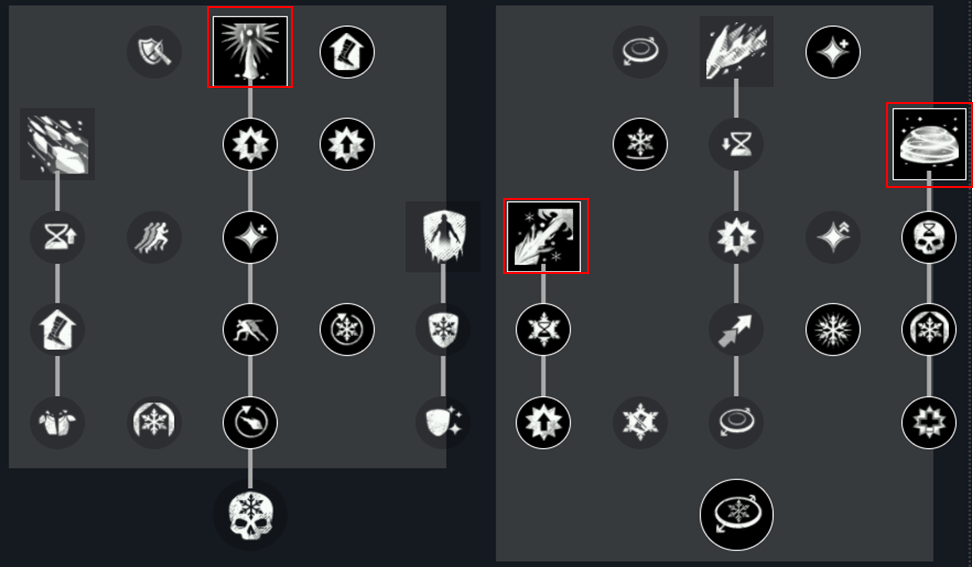 Another build that I saw while participating in the beta (although not very common), was a Light Armor PvP Mage Build.
It’s harder to pull off because of the risk (you gain +20% damage bonus for using light armor, but it’s not as defensive as heavy armor which means you can die a lot quicker), but it’s a high risk, high reward. You will either dish out a ton of DPS, or die really quickly. Essentially, you’ll want to run a Frost Fire Mage build, same one used in the PvE build below. The idea here is to focus on the Empower skill and fully utilize your critical strike and damage with your Fireball and Pillar of Flame fully upgraded. I recommend Burn out for the third skill. Whichever 3rd skill you pick though, just remember not to forget your Ice Gauntlet at home. Considering how squishy this build makes you, you will definitely need the survival bonuses provided by the Ice Gauntlet. Without it, this build doesn’t make much sense.

The Ice Gauntlet provides so many added benefits to any mage build so it’s a no-brainer to not use it. Even in PvE. For PvE, I highly recommend focusing on the Ice Tempest specialization. The Ice Tempest offers quite a few ice-themed spells that deal great single and multi-target damage. Ice Spikes, Wind Chill and Ice Storm are your best friends, and lifeline here. The slowing and knock back capabilities are insane. Wind Chill also has a range of 7m.
Your Ice Tempest (right) and builder (left) specialization tree should look something like this:

The ultimate ability here is called “Ultimate Chill”. Your ice abilities chill targets and increase your ice-damage by 35% for 3 seconds. Use these skills with a Frost Staff and Ice Gauntlets and you will strike fear into the hearts of the enemy NPC’s. Is that even possible?

The Flamethrower skill is great for mowing down enemies in close range. Since you’re opting for a mix of magic and melee, which means you’re going to be up close and personal, it really works great! For this build, a sword kind of works best, with its passive and defensive capabilities. However, in my opinion, any-two handed weapon of your preference would work. You could use whatever you are good with, or comfortable using. The Axe has an ability called reap, which pulls enemies in range to you allowing for Flamethrower to reach the intended target and the Warhammer lets you stun enemies, ensuring that Flamethrower always connects. So, as you can see, you could use any 2 handed weapon with this build.
Your skill tree should be prioritized around Focus, Constitution and Intelligence.
If you are like me and prefer to run a sword with the Battle Mage, this is what your specialization tree should look like on Sword Master (left) and Defender (right) 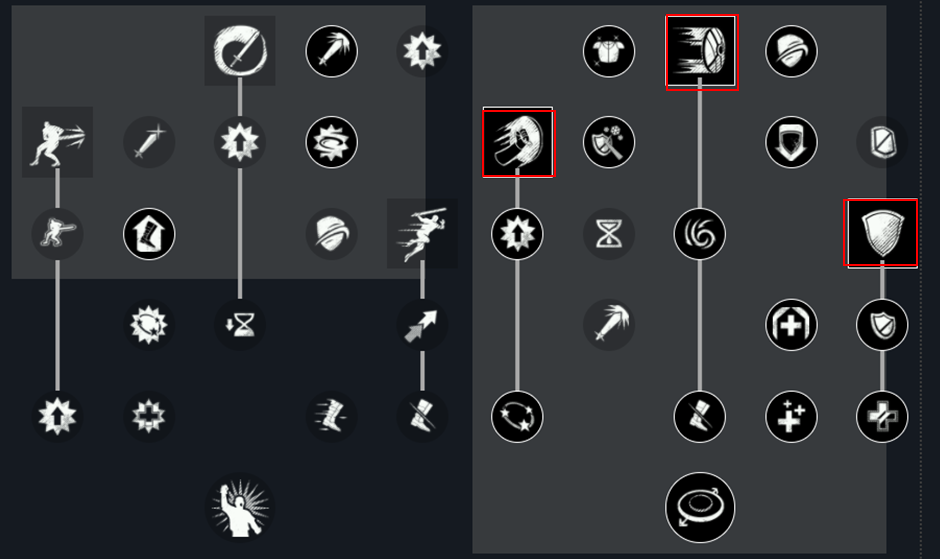 At the end of the day, as I always say, you’re free to use what you like. And New World emphasizes this in so many ways. I love that you can pick up a bow, use it for hours, then pick up a Fire Staff and run with it. These builds are all beta builds, and should, until Amazon Games says otherwise, be viable options for you to use when the game releases on September 28th 2021. Whatever you do choose to run, I cannot stress the vast amount of uses that the Ice Gauntlet adds to almost any build (mage wise). I see a possible nerf coming in the near future as the slow-down capabilities and dodge prevention seems a little too over-powered to me. But let’s wait and see. Until then, go reek some havoc on your enemies with it!
Whether you choose to indulge in PvP or not, you might find yourself short on resources from time to time, especially when crafting weapons. Luckily for you, we got you covered. You can purchase cheap New World coins right here. It’s safe, fast and will save you a ton of time.