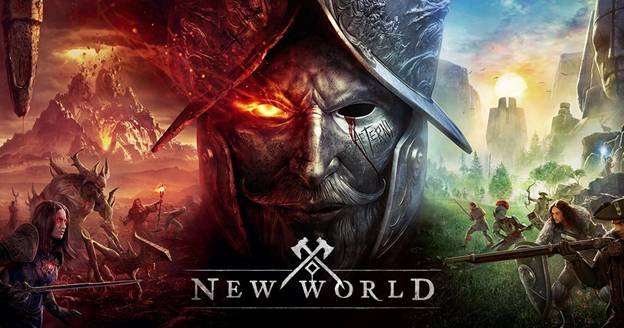 "That's cool and all, but what the heck is New World anyways?"


Okay, for those of you that aren't familiar with this title, let us enlighten you. Amazon's New World is the newest and hottest title releasing from Amazon that promises to be an engaging play for casual or hardcore gamers, while also pleasing art and design fanatics due to its well-praised graphics and visuals.
The New World game, a massively multiplayer online role-playing game (MMORPG) ensures that they are going to deliver a hair-raising open world filled with thrill and endless opportunities for players to build, craft, battle, and explore playing as an adventurer that is shipwrecked on the supernatural island of Aeturnum.

The latest New World release date delay slates the full game to be released on September 28th. If you want to take our advice: don't keep your hopes too high. Hearing the words, "New World is delayed" has become a routine for all of us now!
Of course, the studio has its reasons. These delays are to ensure the utmost quality of the game when it finally releases. But how long can fans actually wait until they finally run out of patience? What could be keeping the fans clinging in hope is the closed beta that they were allowed to test the game in.
And since the game continues to get delayed date after date, it's no surprise that some gamers have decided to commit themselves to other games fully, and some temporarily, while they wait for Amazon's New World to get released. Is that something that sounds appealing to you too?
Then why don't you go ahead and try some other games you've been wanting to play while you wait? Did you know that SSEGold have been selling CD keys for the latest and hottest games released since 2006? With over half a million satisfied customers since then, and you could be our next!
Don't hesitate to reach out to our friendly and super quick team at SSEGold to purchase CD Keys for your favourite games today! And of course, you can buy cheap New World Coins from NewWorldGolds with low price! Now, let's talk a little bit more about the New World beta.

New World Beta: What Did We Learn?

The New World beta was made available to awaiting fans and critics alike who pre-ordered the game, on July 20. This happens to be Amazon's initial entry into the MMO genre, so people were giddy with anticipation.
While the game proved to be outstanding in some aspects, there was no doubt that there were going to be a few hassles as well, which is to be expected when more than 200,000 people get into the game at a single time! Below, we are going to discuss everything that we learned about Amazon's New World beta, in terms of the good, and the bad. 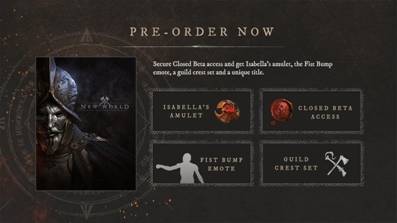 The Good: The gigantic maps filled with engaging environments leaves a unique and fresh taste after you step into the beautiful world of Aeturnum. The surroundings, characters, and the outfits all complement the aesthetic that the game was going for, which is the 17th Century, 'Age of Discovery' vibe.

The Bad: The visuals from the New World game do, however, lack optimization. While the graphics and the maps are mesmerizing to look at, they do not run too well on medium to low-end computers, even with the specified minimum settings that the game recommends. The game starts to lag as soon as there is a lot going on the screen, even if it means just a handful of characters running around.

The Good: What is a fresh and welcome distinction from other MMO's in Amazon's New World beta is its classless character creation system. You are free to arrange the character's skill points, leveling system, and use any weapon you like, including melee and long-ranged, giving you an unmatched level of freedom.
The Bad: With the New World release date still in sight, judging only from the beta, the actual combat of the game feels quite shallow. The weapon skill trees usually only have % additions to either attack or defense, with the same applying to the attributes system, which makes the combat system of Amazon's New World too one-dimensional.

The Good: How the crafting system in Amazon's New World differs from others is by having you level each crafting trade skill by performing them. There are a lot of crafting quests that can overlap with your crafting goals for the various trade skills such as Weaponsmithing, Engineering, Arcana, Jewelcrafting, and more. 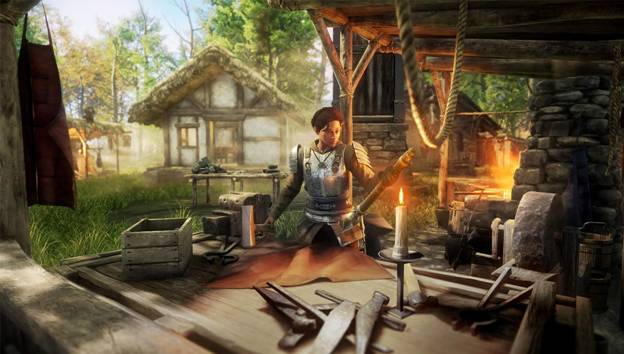 The Bad: While being a unique system, the crafting and leveling of trade skills in this game takes a lot of time, which can turn tedious and boring. The same issue arises for the quest system of the New World beta, which consists mainly of gathering missions and then killing a certain boss. This turns very repetitive very quickly, not to mention having to walk between quests due to a lack of mounts!

Let's be fair, ever since Amazon announced the New World release date back in 2020, they had a lot of pressure on their shoulders.
Not only do they have to deliver a solid game, but they have to compete with the industry giants such as WoW, FFXIV and ESO. So I don't blame them if they want to take their time and perfect the product they're delivering to eager fans.
We have all seen our fair share of disastrous and bug-filled games whose studios decided to hurriedly launch their product due to pressure from the public. I think it's pretty responsible of Amazon to be making sure their highly-anticipated title doesn't go through the same fate.
On the other hand, there is a limit to how much the public is going to tolerate. You cannot dangle a piece of chocolate in front of a fat kid only to pull it away and expect him to be happy, can you?
With the delays of the New World release date continuing for over a year now, we can only hope Amazon sticks to their word and finally releases the game on the 28th of September. Only time will tell!
And that has been our article covering everything about the delay of Amazon's New World. Liked our content? Make sure to browse our New World news and guides for more!